skip to main | skip to sidebar


Instead of cleaning closets I decided to see what I could upload to provide a humorous distraction.  After some tweaks, I’m sharing my full-length play DEATHBED, the story of an Italian family whose Super Bowl plans were interrupted by a call from the hospital.
In 1998 as I was writing my book MOTHER (a novel about grief) I often found myself crying. I started writing DEATHBED on alternate days to cheer myself up.  Through it, I surrounded myself with an Italian family not unlike my own, that adapted its unique dramas to play out under the constant threat of death.
Please write to me at Linda@larentschler.com and let me know what you think.  I’ve written a series with these characters, and would love to see the project continue.
By all means do inquire about these wonderful actors and gifted director.  I will forever be grateful for their contributions.  Details are in the credits.
WGA# 1822091  DEATHBED PLAY
Enjoy!

Posted by Linda Ann Rentschler at 11:20 AM No comments:

When my grandparents emigrated from Italy to Hoboken, they left behind their eldest daughter, Miette. Her great crime was marrying--I assumed she eloped, because instead of taking her to America with her husband, they boarded the ship without her.
My mother, who hadn’t been born yet, relayed the story she heard of how Miette was screaming and crying for her family as the ship departed for America. Miette already had five siblings, and I assumed her life had been about taking care of them, helping her mother bake bread, changing non-disposable diapers, doing a whole lot of laundry and primitive domestic tasks that would make our generation cringe.
Is it any wonder she opted for a family of her own?
As a consequence of being left behind, Miette’s five siblings born in America had never met her. The family wrote letters, sent money, and eventually, well after Miette’s parents, two husbands, and one brother passed away, agreed to send for her.  Somehow, my father managed the paperwork to the government’s satisfaction, agreeing to support and provide for Aunt Miette in America.
My parents decided she would live in our house as my grandparents did.  My mother told me Aunt Miette had a daughter my age that I would be expected to help when she arrived in America.  It was not unusual to have Italian visitors stay in our attic for weeks at a time—third cousins, we were told, who worked as longshoremen.
For a family that routinely celebrated holidays with accordions, guitars, and group singing in two languages, the day Miette arrived exceeded all expectations.  She came through our kitchen, grabbed, hugged, and repeatedly kissed my Uncle Sally, the brother she remembered most from Italy. We have a video of their reunion and it still brings tears to my eyes.
As nieces and nephews, we watched in amazement as the reunited siblings sat around the kitchen table, speaking Italian, eating, drinking, singing, and celebrating. I don’t think I’d seen my mother as happy since she before lost her parents.  She immediately began taking care of her older sister, teaching her a few English words, washing her hair in our kitchen sink, cooking her favorite meals, doing her laundry in the washing machine Miette enjoyed watching as a novelty.
As time went on and Miette looked forward to her daughter’s arrival, she received a letter from Italy.  Her daughter had married (eloped or gotten pregnant?) and would not be coming to America after all.  Miette’s siblings encouraged her to stay in America—none more than my mother who loved her not only as a sister but also a friend.
Soon Miette made the decision to return to Italy. Perhaps she remembered being on that dock watching the ship leave, the pain of that horrible separation from her parents and siblings.  Perhaps she never really liked America, despite its colored TVs, washing machines, and many conveniences.  Perhaps she loved it all but just needed to be near her daughter.
When the family said good-bye to Aunt Miette, it was forever.  In the seventies, only a handful of people we knew had the means to visit Europe.  We rarely even phoned outside our area codes because of the cost, much less flew about to other countries. In any case, it was a once in a lifetime visit that would be followed by letters, just like before.
When I called my mother on my honeymoon to tell her I was in Italy, she cried on the phone. Maybe it was because she was happy one of us made it over there, but I doubt it.  She didn’t value traveling.  I could picture her on duty, cooking or making coffee,  fumbling for tissues in her smock. Maybe she cried because my life had grown into something more than either of us thought it could be, something beyond our presumed boundaries.  Or just maybe it was because I thought to call her, to include her in my moment of joy.
Our successive generations will never feel the pain of being separated by an ocean.  We all travel.  If someone lives in on another continent for a while, we can FaceTime, Skype, or maintain a digital presence in each other’s lives.  We can share texts, pictures, and videos in seconds at the touch of a button.
I wonder if that’s why losing someone feels so much worse these days.  We communicate with each other constantly--until we can’t. We cling to our faith and the promise of heaven, but we can’t comprehend permanent separation. Maybe because the only true separation we have left is death, and we simply have no context.

Posted by Linda Ann Rentschler at 9:40 AM No comments:

A Heart for Dogs

Posted by Linda Ann Rentschler at 6:33 AM No comments: 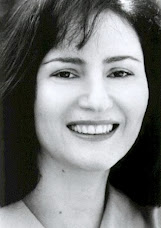 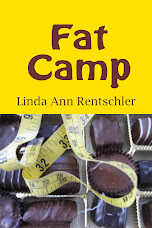 Click on cover for Kindle or Smashwords.com for other formats 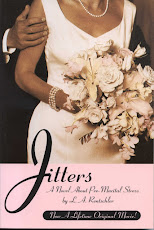 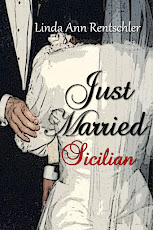 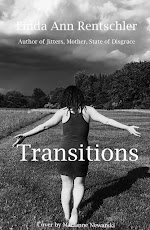 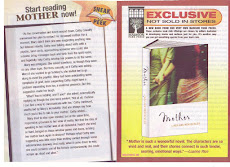 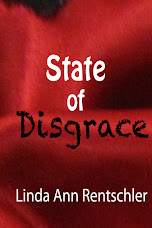 buy on Amazon or Smashwords.com 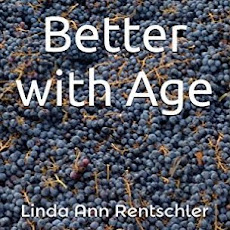